The Chicago Police department have now released the Nigerian brothers who were arrested and questioned in connection with the homophobic attack on ‘Empire’actor, Jussie Smollett.

According to the Chicago PD, ‘due to new evidence as a result of today’s interrogations, the individuals questioned by police in the #Empire case have now been released without charging and detectives have additional investigative work to complete’. 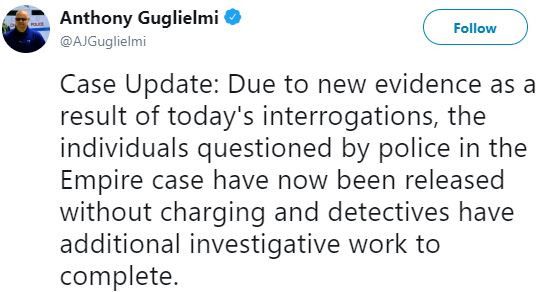