Will Smith has become the latest celebrity to troll Kim Kardashian and Kanye West over Kanye’s Valentine’s Day gift.

Recall on Valentine’s Day, Kanye West treated his wife Kim Kardashian to an incredibly romantic surprise by inviting legendary musician Kenny G to privately serenade her while amongst an array of roses placed in her room. 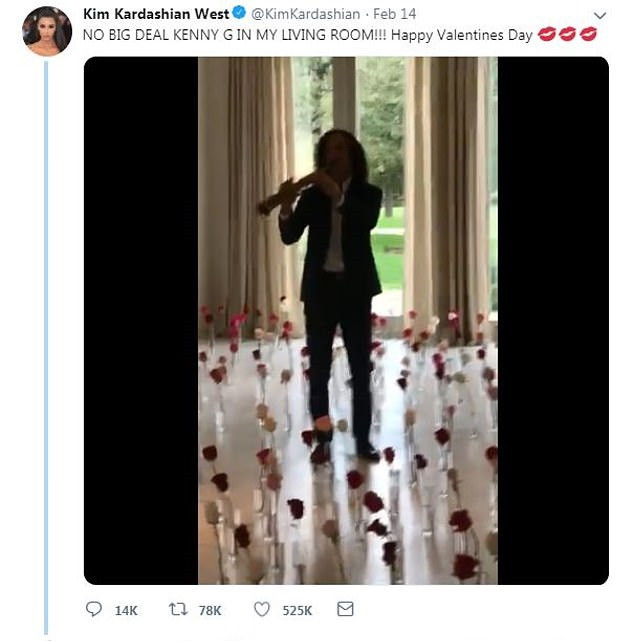 The couple were hilariously trolled online by various celebrities and Will Smith decided to join  the band wagon.

The actor shared a photoshopped image of himself playing the instrument among the roses and wrote: ‘Ye – I’m available next year!’ 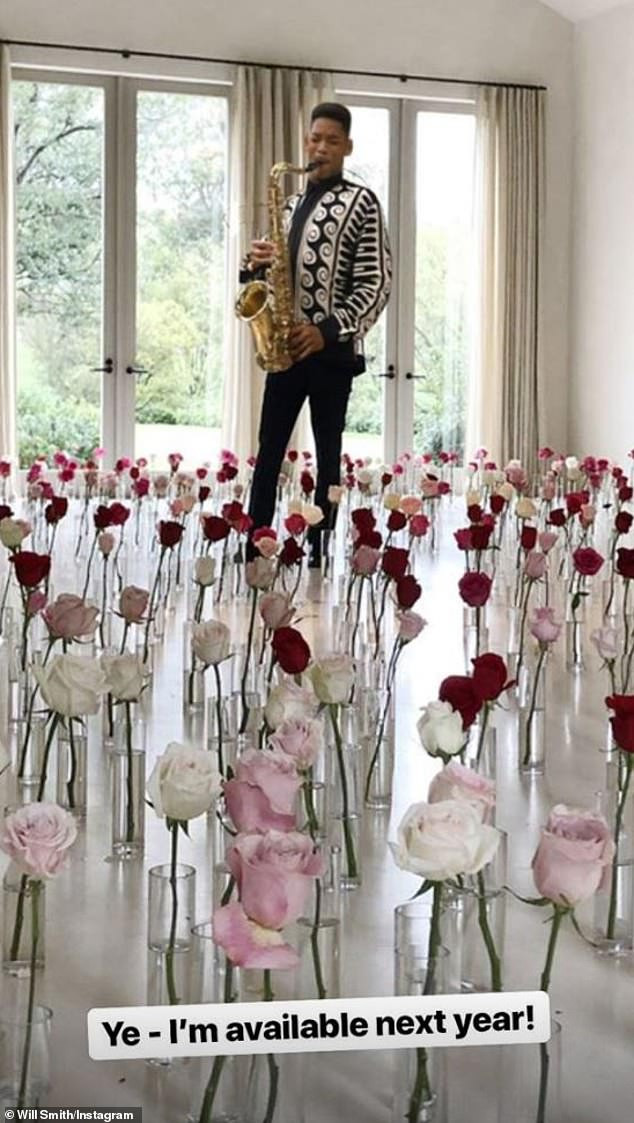 The image was taken from an episode of his show, The Prince Of Bel Air from back in season five in 1993.