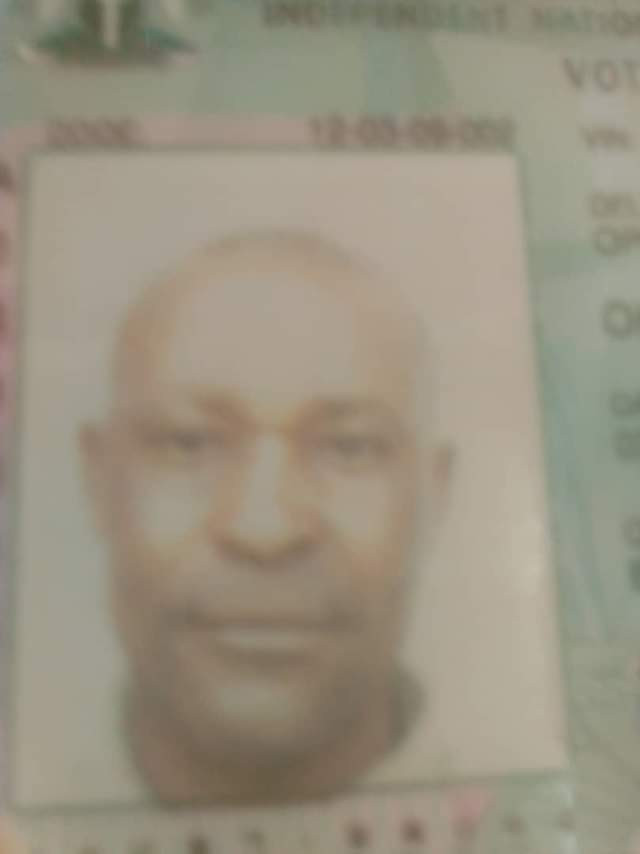 A man from Eguare Opoji, Ekpoma identified as Mr. Osifo Okoeguale allegedly died in police custody because his sister couldn’t  afford to pay the sum of #20,000 allegedly demanded by the police from Ekpoma Division.
According to activist Kola Edokpayi It all happened on the 12th day of February, 2019 when the man was arrested alongside his 14 years old cousin in Ekpoma. The deceased elder  sister came to the Police Station to facilitate his bail, the IPO allegedly demanded the sum of #20,000 for bail.
The woman pleaded with the IPO to collect the sum of #15,000 but he allegedly refused to collect the money and insisted on 20k. The woman left the station in frustration and came back two days later only to be told that her brother died in police custody.
Kola Edokpayi and his team  stated tthat they are handling the matter in the interest of justice. 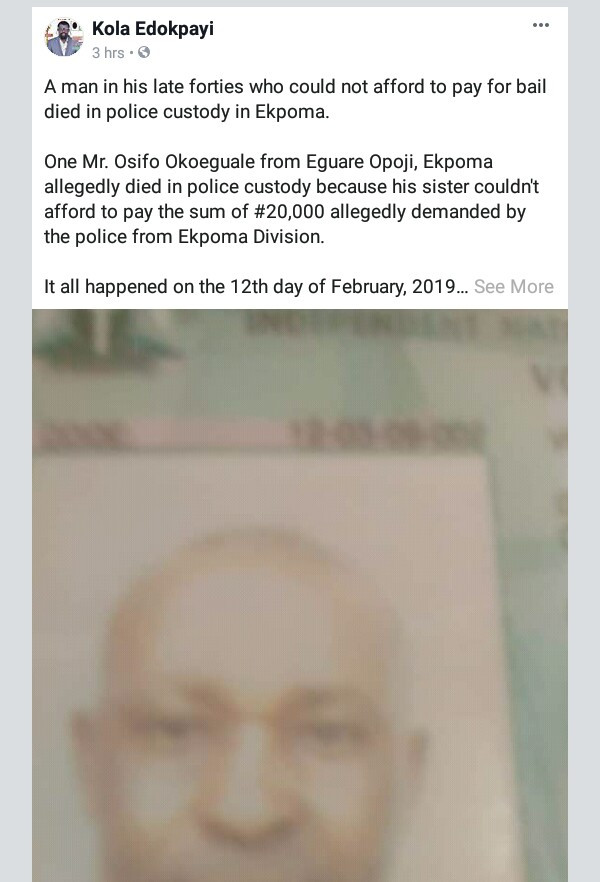