Singer Adekunle Gold has called out the Nigerian Customs over what he describes as a ‘disrespectful press release’ by the institution following the viral video of a custom officer killing a civilian because of a Five Thousand naira bribe.

Reacting to the viral video that captured the ‘murder’, Nigerian Customs issued a press release saying, ‘our attention has been drawn to a disturbing video going viral with conflicting narratives. While it is painful and totally unnecessary to loose life in anti-smuggling operations, today at Shagamu interchange along Ijebu Ode, attempt to obstruct lawful performance of duty by passengers of a commercial bus (a white Toyota Hiace) suspected to be carrying bales of used clothing led to the death of a young man (Godwin) and serious injury of a Customs Officer, ASC1, Destiny Onebamho’.

The statement also said, ‘contrary to some narratives, the young man was not a passenger of the bus but a good citizen who always come to fetch water for Customs Patrol men anytime they return to the base. Preliminary finding indicate that it was during the skirmishes and struggle to disarm the Officer that the riffle discharged and hit the friend of the Customs (Godwin) who lost his life.

The Service is already in touch with the bereaved family. Sadly, it should be noted that while attention shifted to the dead and the wounded, the passengers who filmed with inciting commentaries boarded their vehicle and left, leaving the wrong impression that it was one of them that was killed.

While the wounded Officer is under intensive care at the hospital, the patrol team has been recalled to the office for further investigation’.

Whatever you do in this country, just be successful so that when you get slaughtered, at least your death will matter. Nigerian Customs are downplaying the death of that man because he’s allegedly someone that fetches water for them? It’s time we had a serious conversation

23 people are talking about this
View image on Twitter 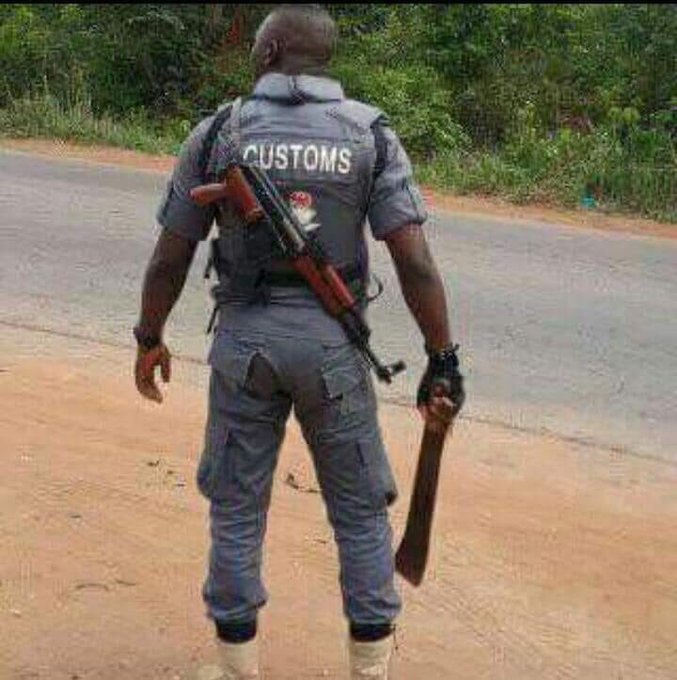 Is this wan custom or isakaba

I didn’t have a good sleep and so, the man and the Nigerian Customs must sleep not. Justice! The use of such assault weapons is for hardened criminals – The law enforcement is supposed to protect and enforce the law not treat people like animals. #wedemandjusticeNCS

35 people are talking about this
View image on Twitter 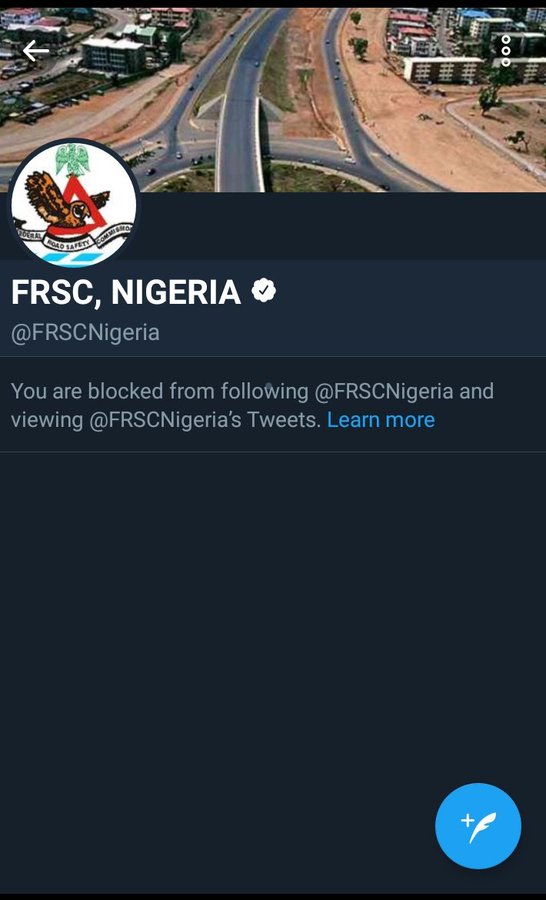 This Nigerian Customs story is really itching me to tell the story of my encounter with Federal Road Safety officers on the 3/3/16. I however cannot because the matter is still subjudice on appeal. Whatever happens those guys should NEVER bear arms. I’m still blocked by them too

We demand action and justice now.
I’ve been in shock by the daylight killing of a young man by an officer of the Nigerian Customs. Help fight this.#wedemandjusticeNCS

23 people are talking about this

It’s only during this present administration that things do get worse and worse everyday and everytime. Nothing might be done concerning this Nigerian Customs now. The case might be swept under the carpet. #JusticeForDeadSoul 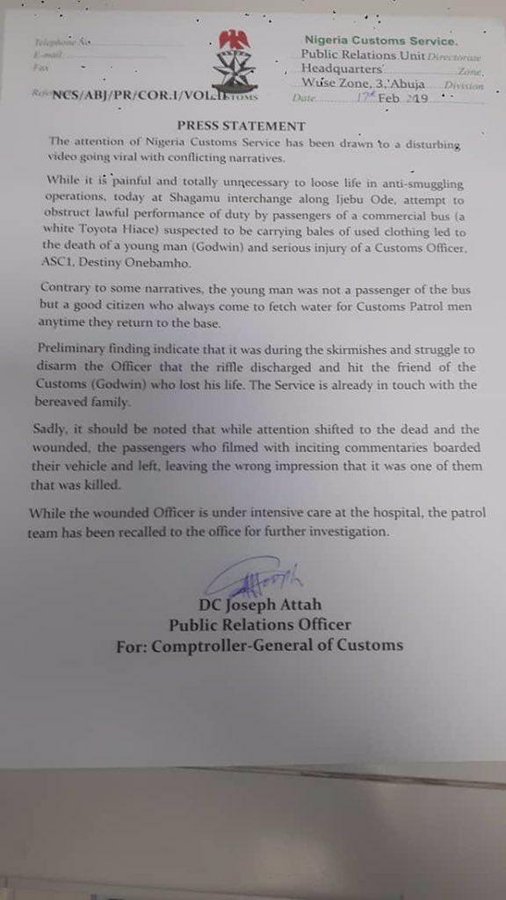 I hereby call on the @nassnigeria , @PoliceNG @MBuhari to investigate this letter and sack the head of Nigerian Customs immediately for insulting Nigerians with such disrespectful press release. It wasn’t accidental discharge as claimed.
We demand justice to serve as a deterrent