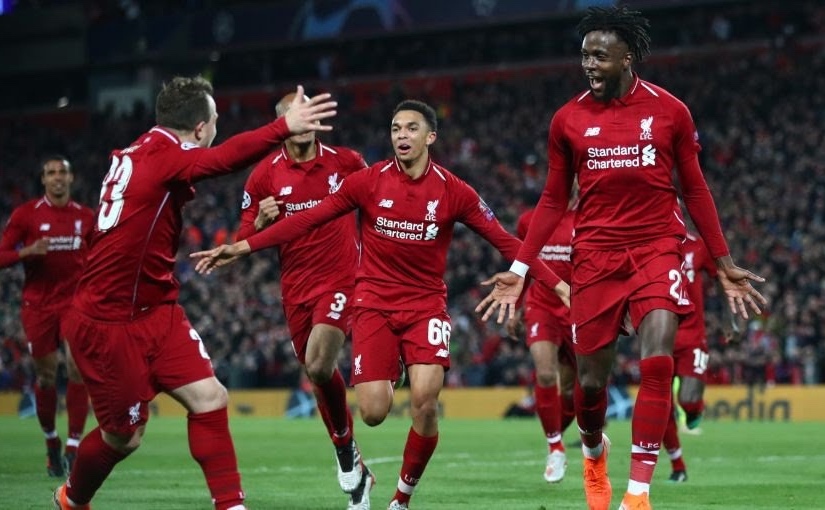 Liverpool produced the greatest comeback in the club’s European history by beating FC Barcelona 4-0 at Anfield to reach the 2018-19 Champions League final.

Trailing 3-0 from the opening encounter in Spain six days ago, the Reds’ hopes of overcoming the Spanish giants on aggregate were alive, yet slim, at kick-off.

But Jürgen Klopp’s remarkable team achieved what many considered impossible courtesy of two goals apiece from Divock Origi and Georginio Wijnaldum on a scarcely believable night in L4.

And so Liverpool will contest a second successive Champions League final, facing the winners of the other semi-final between Ajax and Tottenham Hotspur in Madrid on June 1.

Barcelona, meanwhile, crashed out of the Champions League by blowing an enormous lead for the second consecutive season in unbelievable fashion.

After Origi’s first goal in the opening minutes, Liverpool’s dominance continued. The team was stronger on the ball, looked more confident and never gave up, and in the second half everything went right.

Minutes after coming on, Wijnaldum finished this ball inside the box to make it 2-0, leaving Liverpool a goal away from potentially forcing extra time:

Then just three minutes later, Wijnaldum did it again with a header goal:

As the match seemed destined for extra time, Liverpool caught Barcelona napping with a corner kick incoming. Trent Alexander-Arnold walked away from the ball as if he was giving up the set piece, but then he quickly saw Origi all alone and took it, setting up an absolutely jaw-dropping fourth goal:

With that, the comeback was complete and Barca fell short of its goal, as it has done each of the last four UCL seasons.