Big Brother Naija 2019 finalist, Frodd took to Instagram to recount how he got swindled after attempting to flee the country several times.

The reality show star who is on an all expense paid trip to Dubai, recalled selling his car in order to achieve his aim of leaving the country.

According to Frodd, all these occurred after he got fed up with the “hustle” in Nigeria.

He wrote “#gratitude After several attempts to flee my motherland NIGERIA . Swindled by many scammers called travel agents , I gave up hope . I made my way into the cooperate market in the big heart of Lagos State. After 4 years , I became fed up again .
I attempted to leave the country again , nothing mattered to me as long as I leave Naija but this time to come and hustle in DUBAI from the Sale proceeds of my 2003 Toyota Avalon which should be my BTA .
You see God ! I don’t joke with him !
Look at me today , I am in Dubai on an all expense paid vacation .. Why will I not serve God Forever ?” 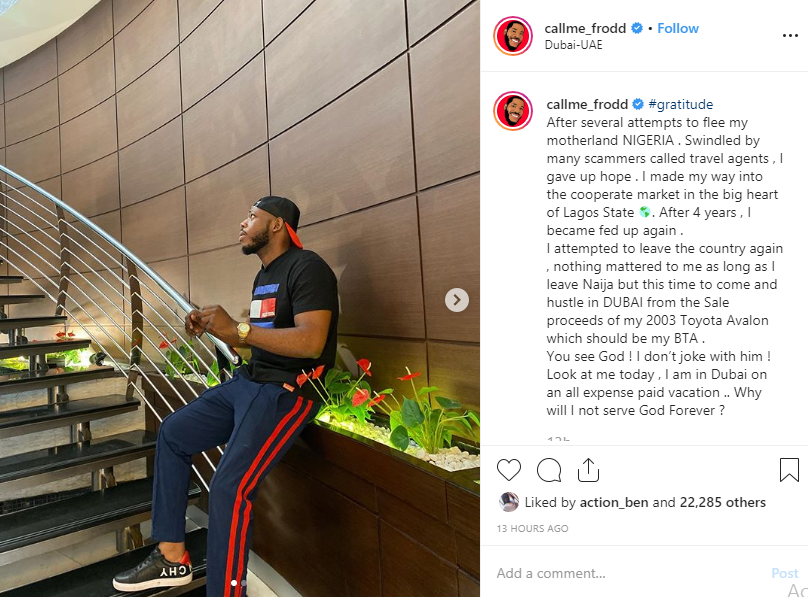