Nigerians on Twitter are reacting to the appeal made by Lagos state governor, Babajide Sanwo-Olu, for donations for victims of Sunday March 15th explosion in Abule Ado area of the state.

While visiting the scene of the incident this morning, the governor announced that a N2 billion relief fund has been set up for the victims and that the state government has already donated N250 million. He went on to appeal to other well meaning Nigerians to donate into the accounts provided. 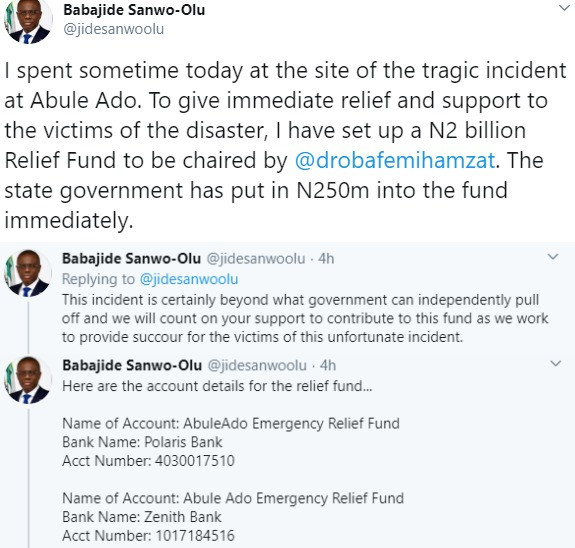 While some Nigerians applaud the state governor for coming out to ask for donations for the victims, others expressed displeasure at the move, saying it is another means for the government to milk the state residents.

See their tweets below 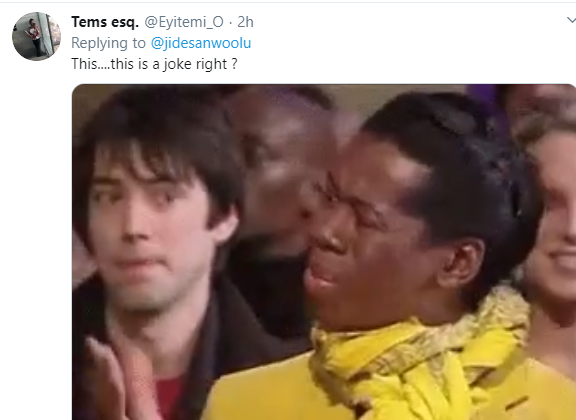 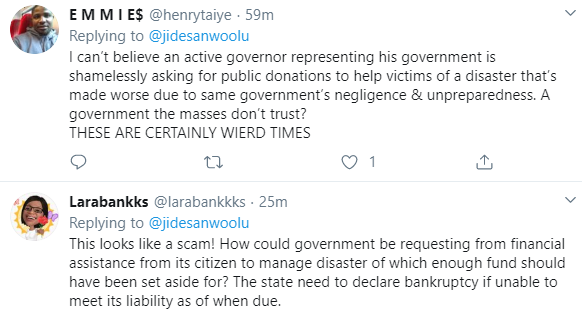 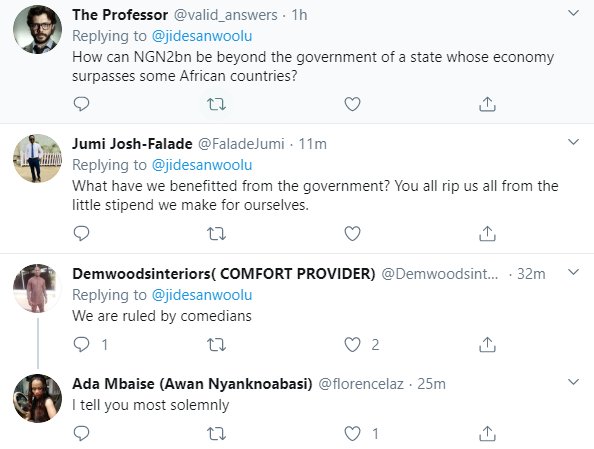 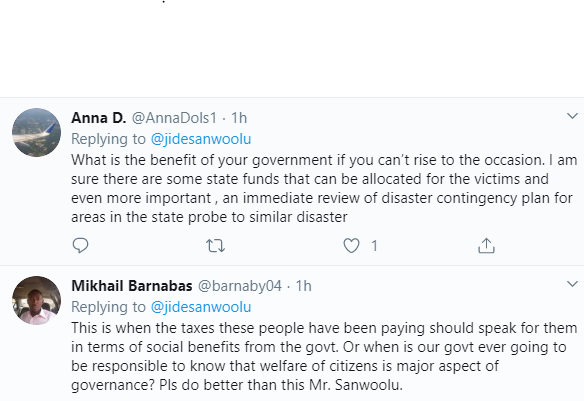 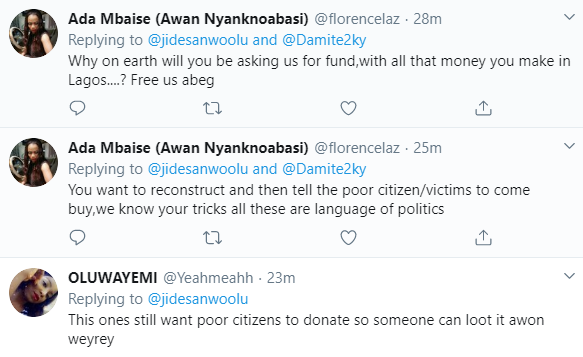 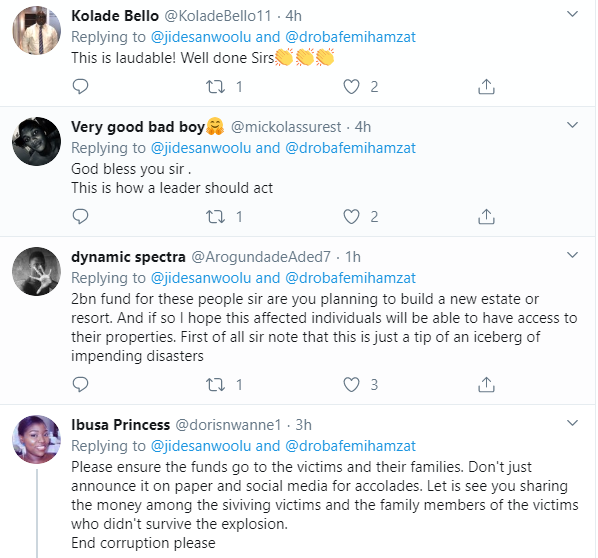