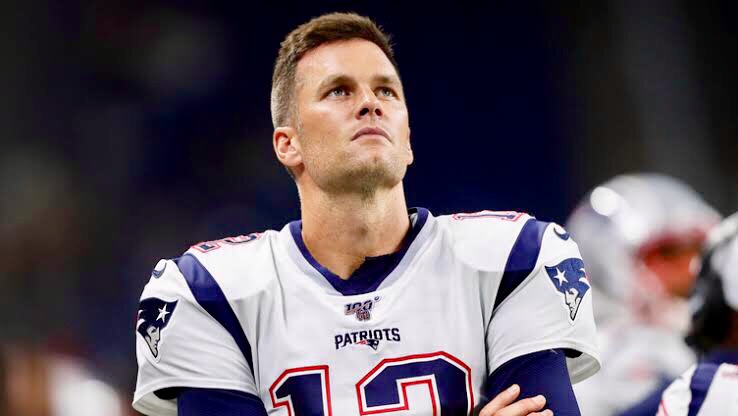 The quarterback said on Tuesday that he is ending an unexpected 20 years of success with the Patriots.

The 42-year-old then announced on Friday that he is joining Tampa Bay.

“Excited, humble and hungry,” he said. “I’m starting a new football journey and thankful for the Buccaneers for giving me an opportunity to do what I love to do.”

Brady became a free agent for the first time this off-season allowing him to speak to rival teams from Monday before the free agency signing period opened on Wednesday.

Brady has made a total of nine Super Bowl appearances and been named the championship game’s Most Valuable Player (MVP) four times – both NFL records.

He was named as the league’s MVP in 2007, 2010 and 2017, and is second on the all-time list for touchdown passes and passing yards behind New Orleans Saints quarterback Drew Brees.

The Patriots had not won the Super Bowl before choosing Brady with the 199th pick in the 2000 draft but they now have a joint-record six Super Bowl victories – level with the Pittsburgh Steelers.

The Bucs have only won the Super Bowl once in their 45 years in the NFL and are owned by the Glazer family, who also control Manchester United.

Their general manager Jason Licht was a member of the Patriots’ scouting staff when Brady was drafted.

“Through this process it became very clear that his desire to be a champion burns as strong today as it ever has,” he said. “He possesses the type of rare natural leadership qualities that will immediately impact our entire organisation.”

Brady will replace Jameis Winston as the Bucs’ starting quarterback, with Winston also becoming an unrestricted free agent. The 26-year-old led the league last season with 5,109 passing yards and threw 33 touchdown passes but also 30 interceptions – becoming the first man to go 30 for 30 in the same season.

Brady’s switch to Florida is the biggest move at the start of free agency, although Todd Gurley, the NFL’s rushing touchdown leader in two of the past three seasons, has agreed terms with the Atlanta Falcons after being released by the Los Angeles Rams.

These two ladies are very hardworking and creative
Instagram within the Nigerian community is fun with Maraji and Taooma always churning out creative comedy skits to entertain Nigerians.
These two ladies are known for their efforts in playing different roles by themselves in one comedy skit. It takes a whole lot of creative intinct and acting brilliance to always pull that off consistently.
Taooma
She broke into limelight with ability to showcase the attitude of Nigerian parents towards the children in a comic way, especially Yoruba mothers.
That factory reset slap in our comedy skits is always the real deal.
Maraji
She has been in the business of comedy skits making long before Taooma hit limelight.
Maraji got the attention of Nigerians with her heavy consistency in releasing comedy skits.
Her skits will most times remind you of some funny childhood experience with parents and loved ones.
She has over 1 million followers now on Instagram.
Both of them are creatively funny but who do you really find more funny based on current form?