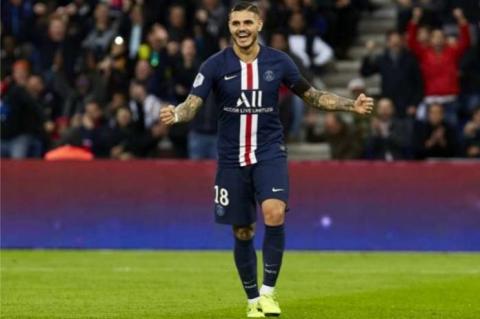 RMC report that Ligue 1 leaders PSG are in ongoing discussions with Argentinian striker Mauro Icardi and his agent Wanda Nara about moving to the French capital club permanently, with Les Parisiens having a €65m option to buy the player at the end of his season-long loan spell.
Sporting Director Leonardo remains aware that Icardi is seen as one of the best goal-scorers on the European scene and has in recent days been exchanging with Wanda Nara. Icardi’s agent wants clarification on what role her client would have were he to commit to a permanent future with PSG. In recent weeks, Icardi’s relationship with Thomas Tuchel has utterly disintegrated, with the pair having a heated discussion ahead of the Dortmund clash a notable example of this.

The outlet adds that Juventus continue to monitor this situation, but that PSG have first right to acquire Icardi, should they be able to convince him to stay.
Icardi and his camp have not made a definitive decision on his future yet, contrary to a host of Italian reports jumping the gun.