The Nigeria Football Federation, NFF, has hinted that ex-Super Eagles assistant coach, Salisu Yusuf may be appointed to occupy his former positions in the national teams.

Salisu, before he was banned for one year for receiving a ‘gift’ from a player agent was the head coach of the Nigeria’s Homebased Super Eagles, the U23 Olympic team, and the assistant coach to Gernot Rohr.

NFF president, Amaju Pinnick on Monday 1st June said the Rangers International coach has served his one year discipline adding that the punishment is enough to reform and not to deform him.

“Coach Salisu Yusuf has finished serving his sanction and that was why we sent him on secondment to Rangers International FC to help the club in its CAF Confederation Cup campaign. Of course, it is not an individual decision as the Board has to still look at it, and we also need to cross-fertilize with the Ministry of Youth and Sports and do some other consultations.

“But the truth is, he has served his punishment and I always said from Day One that punishment is meant to reform and not to deform.”

Salisu Yusuf was caught on a footage where he received foreign currency from an agent in exchange for his players who were in camp of the Home-based Super Eagle to be selected among the 23-man list to the Championship of African Nations (CHAN) held in Morocco in January 2018. 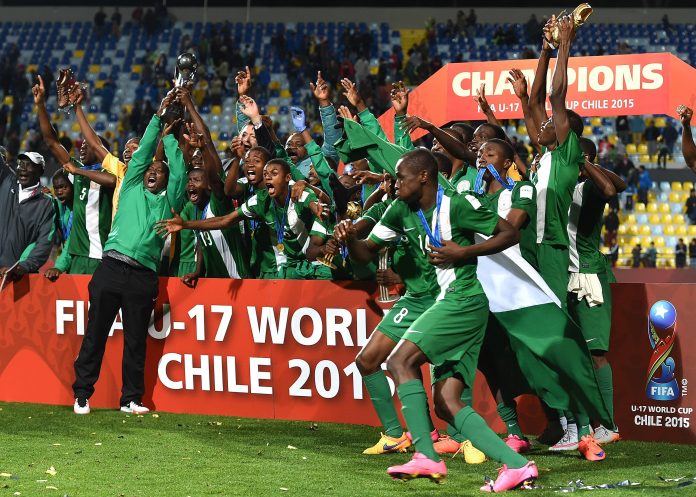 Former Super Eagles goalkeeper, Dosu Joseph has persuaded the Nigeria Football Federation (NFF) to rescind the decision of no bonus and allowances for all the age-grade national teams, BSNSports.com.ng can report.

The 1996 Olympic Gold medalist solicited that the young players will need money for their upkeeps.

In an exclusive interview with BSN Sports, he said, “Well, it depends on what they (NFF) wants because I believe those boys deserve one or two things too, if they are in camp and no bonus, no allowance, how will they wash their clothes? Where will they get money to buy tooth paste and brush? The former Julius Berger goalkeeper asked rhetorically.

“They need money to take care of themselves everyday they spend while in camp and not when they qualify for competition alone. Even eating breakfast, lunch and dinner, they may need money to buy biscuits and so on.

He urged the NFF to change their mind and reconsider paying bonus and allowances to the under-age national teams’ players.

“I don’t think it’s a final say, they (NFF) can still change their mind, may be he (Amaju Pinnick) said it when there was pressure .

“The boys need something to cater for themselves not when they get to world cup before they start getting bonuses and allowances, what if they didn’t win the tournament? What happen? I think the federation still need to sit and change their decisions.

NFF president, Amaju Pinnick on Monday 1st June, told journalists who participated in a media chat that there will be no bonus and allowances for the under-age national teams.

“We are looking to still keep the age-grade teams in business, despite priority being given to the Super Eagles and the Super Falcons. But there will be conditions. They will earn no match bonus or camp allowances and we will only be able to take on board the minimum technical and backroom staff as specified by FIFA and CAF. However, if any of the team goes ahead and win the World Cup, or performs well enough at the World Cup to earn appearance fee, that money will be shared by the entire team. The NFF will have no part of it. That will be the boon for them, the incentive to perform.”