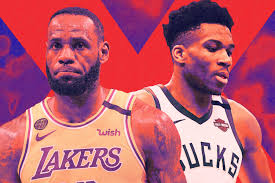 The rate of positive coronavirus tests in the Orlando area has been soaring in recent days. The NBA hopes that does not matter.

After spending weeks putting together an incredibly elaborate series of health and safety protocols – the word testing appears 282 times in the document – the NBA and the National Basketball Players Association (NBPA) believe they have done what is necessary for the health and safety of the 22 teams and others that will be part of the season restart at the Disney campus near Orlando next month.

Ready or not, basketball is almost back.

“No one is suggesting that this is going to be an infection-free, guaranteed environment,” NBPA executive director Michele Roberts told The Associated Press. “I guess, unless we go to… well, where would we go? What state has the lowest rate? There is just no way of finding a sterile environment probably on this planet, but certainly, not in this country.”

Among the details that were included in the protocols released to teams: players will be invited to wear what the league calls a proximity alarm that will set off an audio alert when the person is within six feet of another person for more than five seconds and therefore not following social distancing guidelines, plus they can choose to wear a ring that will generate a wellness assessment derived from metrics such as body temperature and respiratory and heart rate.

Players and staff also will be given thermometers and a pulse oximeter so they can track their data and record it on the league’s daily health platform.null