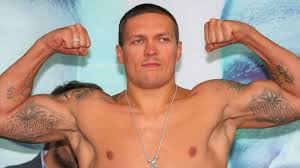 what does their future hold?

There have always been signs that Oleksandr Gvozdyk might make a shock decision, in stark contrast to Oleksandr Usyk, according to the promoter who knows both Ukrainians best.

Does that raise new questions about Usyk and Lomachenko, who are the same age and similarly long in the tooth?

Usyk and Lomachenko emerged from London 2012 with Olympic gold medals, the standout performers of a Ukrainian team coached by ‘Papachenko’, the inspirational father of Lomachenko who remains in his son’s corner today.https://773c98aec6da931069406781e5ac78dc.safeframe.googlesyndication.com/safeframe/1-0-37/html/container.html

But there were five medallists at that Games – Denys Berinchyk won silver, Gvozdyk and Taras Shelestyuk took bronze. It was then Lomachenko who burst into the pro game at a million miles per hour, becoming the fastest-ever three-weight world champion, inside 12 fights.null

But under the radar, Gvozdyk forged a brutal career and became an undefeated light-heavyweight world champion before retiring aged 33 – after his first defeat – earlier this month.

His knockout defeat against Artur Beterbiev in their unification clash was just the second loss in 81 combined fights for Ukraine’s five Olympic medallists from 2012 (Lomachenko lost his second pro bout).

Usyk, Lomachenko and Gvozdyk lost just 46 out of a combined 956 amateur bouts.

They have been a wonderfully successful group that are now splintered by Gvozdyk’s retirement.

“Both are great gentlemen and prominent athletes.

“All people know Gvozdyk as an extremely intelligent man with high-profile analytical skills.

“I had a chance to negotiate the promotional deal with both. Usyk used to make decisions collecting opinions from the advisors around him. Gvozdyk made an impression of a man who takes the final decision himself.

“His manager Egis Klimas told me that Gvozdyk took the decision to switch to commercial activities (private business). I never heard more details.

“Usyk has no plans for retirement at this stage. As long as he stays victorious he will look for higher results.

“Everyone has to finish his career sooner or later. But Usyk wants to make history becoming the only man to be undisputed in two weight divisions