The body found in the wreckage of the plane carrying Emiliano Sala and pilot David Ibbotson has been identified as the Cardiff City striker, it was confirmed on Thursday night.

The UK’s Air Accidents Investigation Branch (AAIB) had confirmed on Wednesday that an unidentified body had been passed to the Dorset Coroner, having been recovered from the submerged plane.

The Piper Malibu aircraft disappeared with Sala and pilot David Ibbotson on board on January 21, with the 28-year-old en route to Cardiff after having completed a club-record transfer from Ligue 1 side Nantes.

A police statement issued late on Thursday read: “The body brought to Portland Port today, Thursday 7 February 2019, has been formally identified by HM Coroner for Dorset as that of professional footballer Emiliano Sala

“HM Coroner will continue to investigate the circumstances of this death supported by Dorset Police.”
An initial search and rescue effort was called off by Guernsey Police after three days on January 24.

Guernsey harbourmaster Captain David Barker said their chances of survival were “extremely remote”, but a number of high-profile football figures and members of the public answered the family’s calls to fund a private search operation.

The plane was located on the seabed off Guernsey on Sunday using a remotely operated vehicle, during which time a body was found amid what remained of the light aircraft.
A recovery operation was then launched following consultation with the families of Sala and Ibbotson, and the police.

The football world came together in grief and to pay its respects as the severity of the Sala story began to unfold, with floral tributes laid outside Cardiff City Stadium and vigils held in Nantes, where 42 goals in three-and-a-half seasons made him a fan favourite.

Following reports of a dispute between the two clubs this week, Cardiff chairman Mehmet Dalman confirmed the Premier League outfit was yet to pay the first instalment of Sala’s transfer fee.

“We must show respect to the family. There is a process for recovering the plane,” he said, prior to Sala’s body being identified.

“[We will pay] when we think it’s the right time to do it. I don’t think Cardiff said we were not going to pay.”

Argentine footballer Emiliano Sala had fears about his safety before boarding a small passenger plane that disappeared off the coast of Guernsey as he was flying to Wales to join Premier League club Cardiff City.

French news outlet 20 Minutes reported Sala’s friend and team-mate at Nantes, Nicolas Pallois, drove him to the airport for his flight and said Sala told him he had fears for his safety after a bumpy flight back from Cardiff to France over the weekend following his unveiling as a Cardiff player.

He boarded the same Piper Malibu plane which went missing on Tuesday morning (NZT), with an official involved in the air search in the Channels Islands said no survivors were expected to be found.

Guernsey police said “a number of floating objects have been seen in the water” however they have been unable to confirm whether any of the objects were from the missing plane, and that they have “found no signs of those on board.”

The search was halted overnight because of strong winds and rough conditions at sea, and would resume late on Wednesday (NZT) with help from maritime authorities in Britain and France 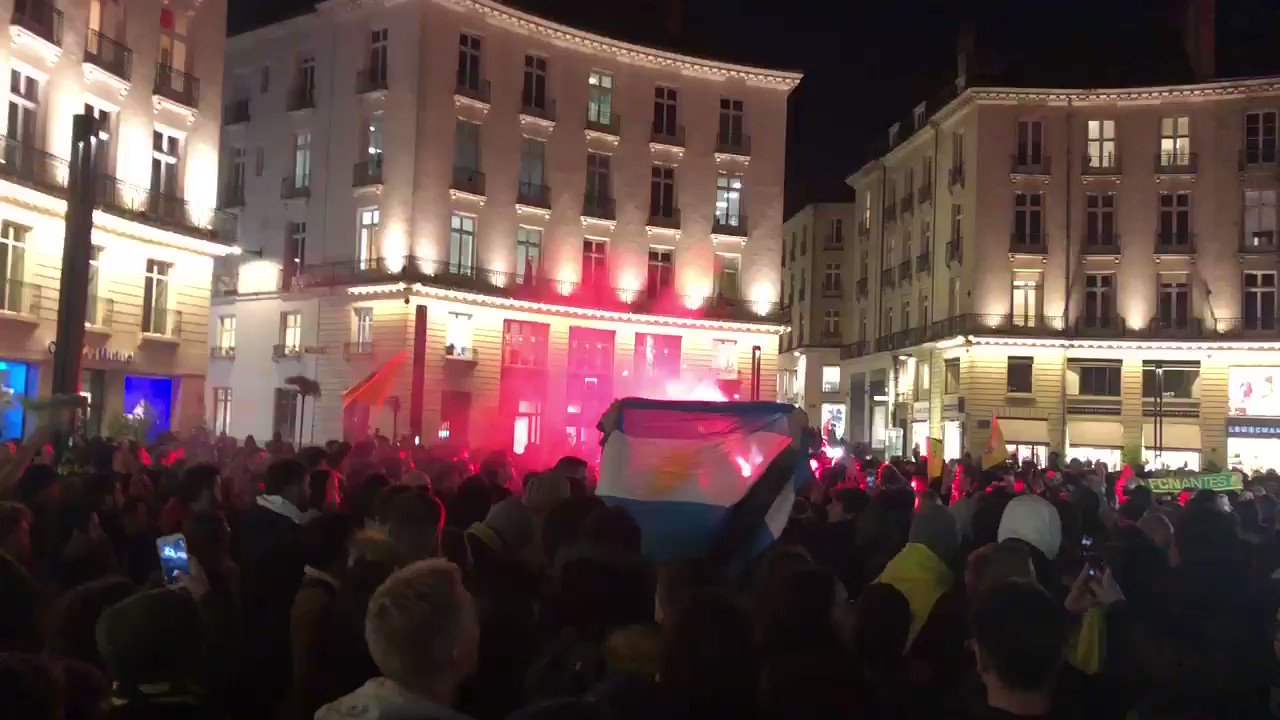 18.1K people are talking about this

The light aircraft disappeared from radar over the English Channel as it made the journey from Nantes. The 28-year-old Sala had spent the previous hours saying farewell to teammates at the French city’s soccer team after Cardiff signed him for a club-record fee last week.

“After all this time the weather’s quite cold, the water is very cold out there … I am not expecting anyone to be alive,” Channel Islands Air Search chief officer John Fitzgerald earlier told The Associated Press.

“I don’t think the coastguard are either. We just don’t know how it disappeared at the end of yesterday.”

Britain’s Coastguard received an alert at 8.23pm on Monday (local time) from air traffic control in Jersey, the largest of the Channel Islands, after it failed to make contact with the Piper PA-46 plane with two people on board, Guernsey police said.

The French civil aviation authority confirmed Sala was one of the people.

“The search was terminated at 2am, with all search and rescue assets being stood down, due to strengthening winds, worsening sea conditions and reducing visibility,” Guernsey police said.

“So far over 1000 square miles have been searched by a total of five aircraft and two lifeboats. There has been no trace of the aircraft,” they said earlier.

Cardiff signed Sala for a reported £15 million (NZ$29 million) through 2022. He was in Cardiff last week to finalise the transfer, which was awaiting international clearance.

“I can’t wait to start training, meet my new teammates and get down to work,” Sala said in a video posted on the club’s website.

A powerful and direct player, Sala equalled his career-best total of 12 goals – achieved in the past two seasons with Nantes – in 19 league games this season.

He was fifth highest scorer in the French league, one behind Paris Saint-Germain forward Neymar, who is the world’s most expensive player. 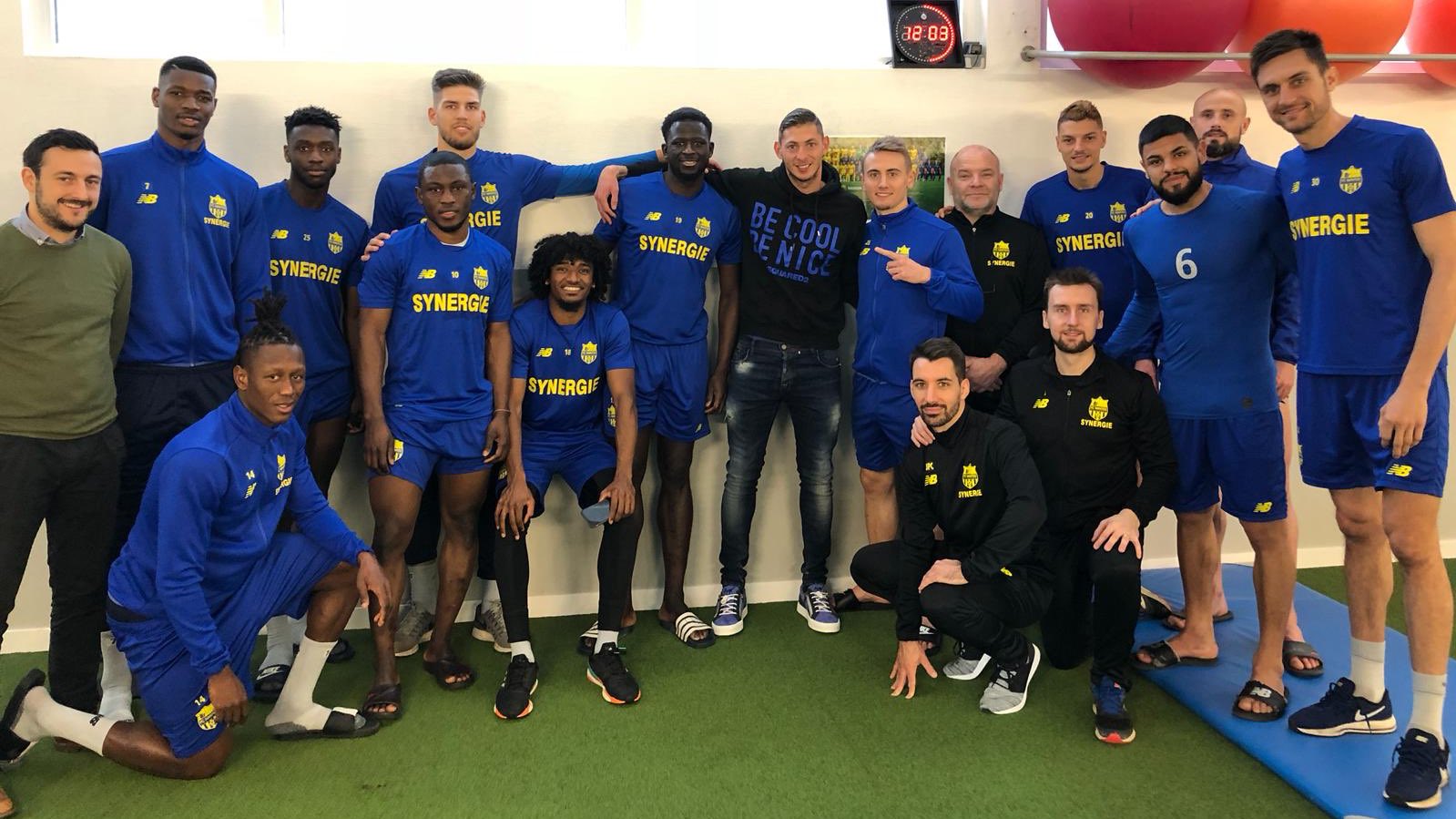 “He was a polite, nice and adorable player who was loved by everybody,” Nantes president Waldemar Kita told French TV channel CNews.

Cardiff City chief executive Ken Choo said in a statement the whole club was in a state of shock.

“We were very shocked upon hearing the news that the plane had gone missing. We expected Emiliano to arrive last night into Cardiff and today was due to be his first day with the team.

“Our owner, Tan Sri Vincent Tan, and chairman, Mehmet Dalman, are all very distressed about the situation.

“We made the decision first thing this morning to call off training with the thoughts of the squad, management staff and the entire Club with Emiliano and the pilot.

“All of us at Cardiff City FC would like to thank our fans, and the entire footballing family for their support at this difficult time.

“We continue to pray for positive news.”

Nantes was due to play Entente Sannois in the French Cup on Wednesday but the third-tier club said it was postponed until Sunday “following the disappearance of the plane of former player Emiliano Sala”.

Sala, who had not played for Argentina’s national team, has also played in France for Bordeaux.