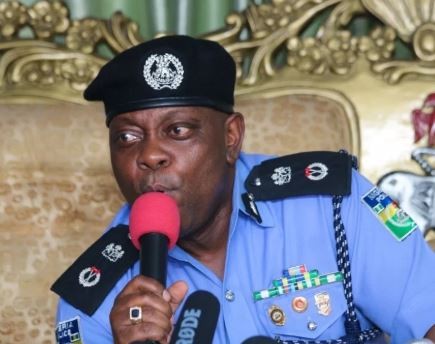 The Lagos State Police command on Saturday, said three persons were arrested over their alleged involvement in the killing of one man during the APC LG congress in Agege.

Spokesman of the command, SP Chike Oti, confirmed the arrest but did not mention the names of the victim and suspects. Oti said that the suspects had been taken to the State CID, Panti for interrogation.

He said that preliminary investigation revealed that the suspects and victim were not accredited for the election. “We confirmed that one person was killed on Saturday at Central Primary School, Oniwaya Agege. Three persons allegedly involved in the killing have been arrested. The suspects have been taken to the State Criminal Investigation Department, Panti for interrogations.  “The victim was killed outside the venue of the APC ward election. The victims and those arrested had nothing to do with the election as they were not accredited,” Oti said.

An eyewitness, who preferred anonymity, had earlier told NAN that there was crisis at the Agege venue of the congress after reading of list of delegates allegedly favoured one camp and marginalised another.  He said there was shooting from inside the venue and a bullet hit a man at the gate of Central Primary School, Oniwaya, Agege.